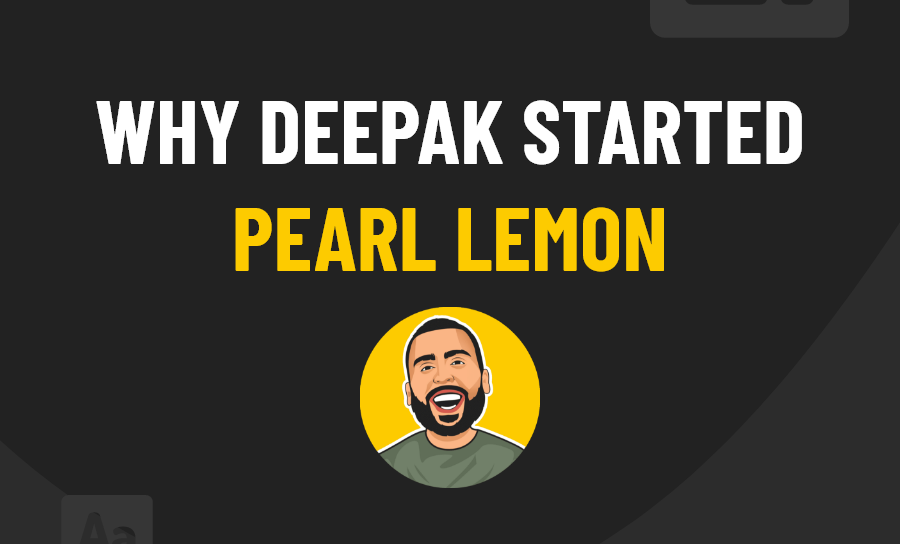 I always ‘wonder’ – what’s the story behind any website I go on (especially if I’m thinking about hiring them :p)

Yet, it’s the WHOLE story that I always like to know about.

So yeh, I figured I’d tell you mine, and in a way then tell you Pearl Lemon’s 😛

I’d say – grab yourself a cup of coffee/tea and get prepared, it might be a tad over the usual 300 words you tend to see on most ‘About Us’ pages haha.

My marketing days actually began I think when I was in school.

I was 14 years old, this lanky Indian kid who had a small moustache or what looked like freshly grown baby’s hair that straddled my top lip, and…well I was awkward.

Back at Bishopshalt School, I didn’t fit in, and so making friends was more than enough trouble.

Not only that though, but I also wanted to become a rapper lol.

I can’t tell you the amusement that was caused in school.

It was the weirdest thing in a school in the suburbs of West London in 2001 that an Indian kid started listening to DJ Luck and MC Neat and started writing raps using the instrumental section of Michael Jackson’s ‘Beat It’.

Once I went to Tom Perryman’s house and recorded my first rap which contained (at least in my head) the immortal lyrics:

“If you’re feeling warm than shack up in a dorm – you better leave now or you’ll regret being born!”

The comedy, the laughter, the fun.

It was all a little depressing and didn’t do much to stoke my ambitions to share my music further.

It didn’t help matters much that we used Tom’s father’s dictaphone to record the rap because we didn’t know any other way to do it.

I was determined, however, that I wouldn’t be remembered for the wrong thing.

I wanted people to associate me with being an unexpectedly good mc.

And to take me seriously.

I knew who the influencers within the school year were, and I knew that if I got their approval and their nods, that I’d make inroads in being respected and recognised by everybody else.

So I went on an ‘MC-ing rampage’ – and rather than shying away from the amusing requests to ‘hear me spit some bars’ that came in – instead I unleashed the full playbook of ‘bars’ I’d written to anybody who’d listen.

One particular moment sticks in my mind. I was outside the drama block and Leanne House was on her way into a drama class just ahead of me, and she and a friend were standing around.

The audience wasn’t too big, I knew that she was ‘in’ with the ‘in-crowd’ – so I had my chance.

By this time I’d also got into ‘Drum N Base’ MCs – I just loved the speed.

So what was ultimately a rewritten rip of something I’d heard ‘Skibadee’ rap – I launched into an extremely fast-paced 16 bar.

Upon this launching of myself into the influential stratosphere, my heart was beating a mile a second.

What would she think?

She looked surprised she….

I knew. That the face didn’t match the bars.

But apparently, the bars were good! 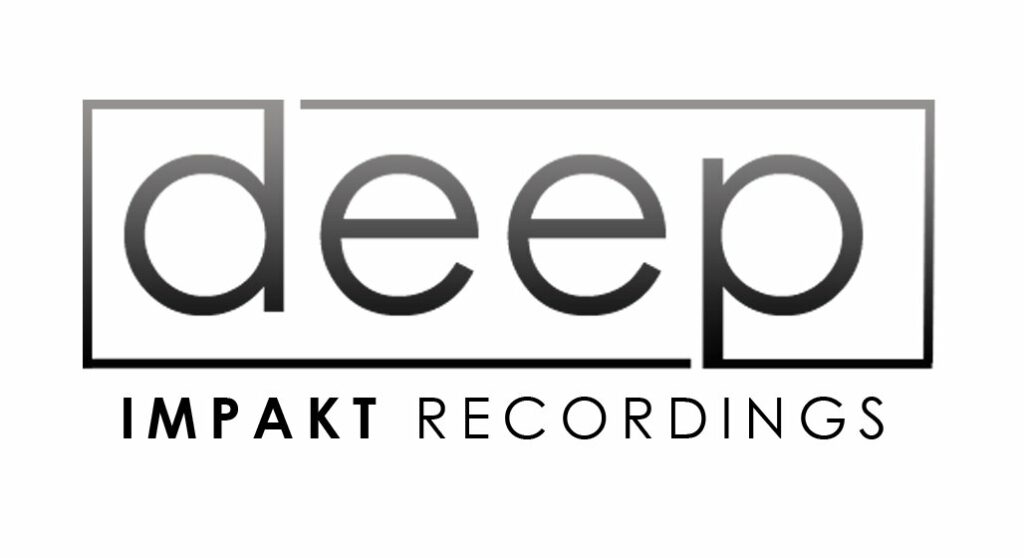 This was the beginning of my path to marketing.

Music, and allowing others to reimagine me, and me transforming myself as I began to understand what the market wanted – took me into a journey of metamorphosis.

From Lyrical Bad Boy MC to MC Bionic, to MC Deepak, to ‘Deep Impakt’ over the course of the next decade.

With each name, my style and stature got a little better and bigger, and it went from amusement to peculiarity, to acceptance, to recognition and ultimately respect.

From this there would come Deep Impakt Recordings, the recording studio and hundreds of clients (all musicians) and my journey into understanding some core fundamentals of not only marketing – but also a business.

In the end, I accept that I was never a brilliant MC.

It saddens me a little to say that.

I think I had some promise, and potential for success…but I don’t think looking back at it – that even if I thought I wanted it – I didn’t want it enough.

Growing Deep Impakt Recordings, becoming a producer, and fading into the background was something I never knew I’d enjoy.

Upon graduating from Warwick University in English Literature and then starting life as a Remuneration Tax Consultant in training to then transition into pursuing my path as an ‘MC’ is confusing, to say the least.

What did I really want?

And it became clear as I began to read the business books (upon starting my recording studio), I began to read music marketing books and anything I could get my hands on as I built the studio with the help of my father from the ground up – that I had a voracious appetite to learn.

I wanted to know how to get this music thing ‘right’.

How to grow to become a recognised and respected musician.

It’s I think connected to the desire I had to fit in, to be accepted to be ‘one of them’ – whoever ‘them’ was.

As the youngest child of 5, with busy parents, busy siblings and being scarce on the ground with friends, much less a ‘group of friends’.

I’d always been on the fringes of things.

And in amongst this madness, I discovered a few things.

I discovered that I had somehow managed to start generating phone calls from Germany for musicians who wished to fly into the recording studio I’d set up in the spare room of my mum’s house.

I had MCs getting the train from places such as Devon and Birmingham, to come across the country because of the ‘sound’ my studio produced and the reputation I had built online.

Being completely kosher and above board, I naturally did it all in cash, kept no receipts, declared nothing and started to enjoy myself.

And it was interesting what other parts of this journey I enjoyed.

Those who had masses of talent but hadn’t as of yet found a way to access the market.

Those that deserved a bigger audience, but didn’t as of yet, have that audience.

And I found my place – helping others rise. 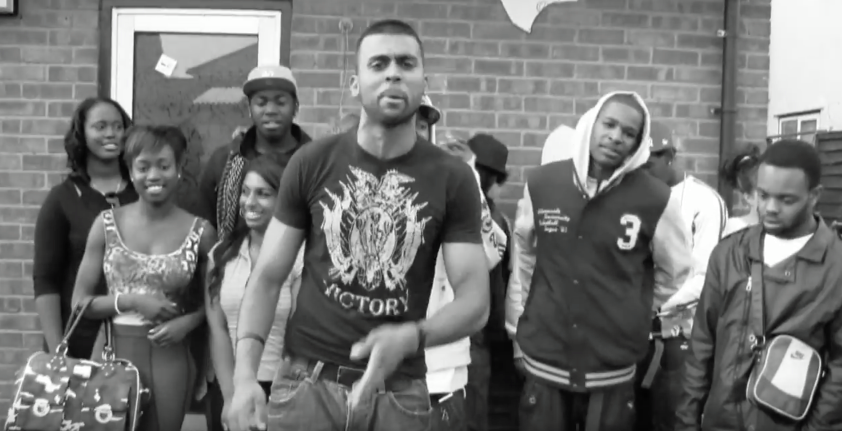 Music and building Deep Impakt Recordings was all I knew.

As the business grew, my marketing savvy grew and over the years as the business projects transitioned and I moved into different markets – I would think back to producing my first ‘tapestry’ with Tom Perryman, and then performing my symphony the first time it ‘truly mattered’ with Leanne House.

And then looking into the eyes of musicians who travelled across the country to spend time in my studio, and were giving everything they had to see themselves succeed.

There is magic in that.

Magic is taking something someone has, their ‘art’, their ‘power’ and being able to put it in front of the people that matter.

And for you now as well, with Pearl Lemon – make your own symphony.

It still makes me light up inside every time we are blessed with the opportunity of being given the hugely important care of helping a business grow.

I get excited, there are calls with the team, smiles and amination, before our eyes slant, our eyebrows furrow, and the animation poses for a moment….

As we stop in deep thought, about exactly how – we’re going to take your business to the next level.

I’m proud to say that Pearl Lemon has grown now and that you and I may not necessarily speak – but the excitement I keep is something I hope you find evident in every Lemon-ite who touches your world.

I’m excited that you got to this part in our story, and hope to see you working with the team one day soon.

Can you see it?

There is magic in the air.