Hello, everyone, this is less prelamin. And today I’ll be doing a review on this tool called hero or known as help a reporter out. If you’re looking for your own SEO tool, feel free to visit ours that surplice.com to see if it is it’s over you. But let’s go ahead and get started.

So here we are at the horo website in hural stands for help a reporter out. So essentially, this will be quite the unique tool compared to the other tools. It’s not necessarily a software software tool, it’s more of a PR tool, a PR tool that you can sign up for and get a subscription for. But it’s still something significant. I wanted to note just because it’s within the PR web, PR realm, and that’s something that I’ve been trying to record to let people know the multiple, multiple opportunities out there. So let’s go ahead and get started. So horo is a place for journalists and sources to meet up and basically get information get in give information. So here are the paid subscription plans. So basically, with this tool, it’s not necessarily like the others that I’ve mentioned, it’s mainly you get emails about media opportunities, and you can start pitches. So something I wanted to note is that I will be going over the basic and the premium plan. So that the basic plan you do get offered a lot. But as you can tell with the premium plan, you do get offered quite a bit more. So that’s something that I wanted to note. But let’s go ahead and show you what you can get with the free plan. You’ll get emails every morning, afternoon and evening, through every weekday unless it is a holiday. And they will look like such. So basically, I’ll be showing you the perspective of a source. So here are different queries that journalists have put out there organized based off of certain categories. So the first is always healthcare, followed by business and finance, then you have education, entertainment general. So there’s quite a bit and as you can tell, the list goes on some days, there’s more than others. Sometimes there’s not a whole lot. But overall, there’s quite a bit you’re rarely getting. You’re rarely getting Lena less than 50. I feel like so in this case, we actually have 159 queries just on the morning email. So this is just the morning, you still get emails in the afternoon, and evening, which are totally different queries. Sometimes they are the same if the journalist wants to put it out again. But overall, that’s pretty much it. So you are getting quite a bit with the free plan. But keep in mind that since it’s free, a lot of people have the free plan because you’re getting a lot. So it might be a challenge on getting your pitch approved or pitched. Take a live. So let’s just go ahead and look at a random one. So here is example of like query and basically it tells you the category, the email, the media outlet, the deadline of the query, and the query itself. So they asked her questions that they want to ask her, sometimes they have requirements. And that’s pretty much it. So once you get all that information, you write your query, or you write your pitch, you basically go to the email, and then send your pitch through there. And that’s pretty much it unless they prefer you to send it a different way, which is where you’re just gonna send it through that email. So overall, that’s how it works with the premium plan. With the premium plan, you do get more of a dashboard. With the free plan. It’s basically those emails, you don’t necessarily get a dashboard such as this one. But basically you get to see all the queries that are offered, and you can do a search. So it saves a lot more time than going through every single 159 that I showed you. So you can search by industry, the saved searches, look at the keywords. And you can also look at your previous pitches. And it tells you when you sent them and the reporter and the exact pitch that you mentioned. You also have a section for your bio for your BIOS. So with the premium plan, you get unlimited BIOS, which hold different plans. Then you have the alerts section where you can get alerts on specific industries, we choose specifically for business and finance, because SEO kind of runs within that realm. If not that then it’s usually general or the tech section. But we find more based off of the business and finance. But overall, that’s pretty much it with this tool. Let’s go ahead and go into the pros and cons.

With the pros, overall, this is a very popular PR tool, if you have not used it or heard of it before, definitely use it you are missing out, you could potentially get over 300 queries just with the free plan, which is saying maybe you get 100 in the morning, 100 in the afternoon, and in 100 in the evening, that totals about two or 300. Now it varies. It’s never an extreme less amount, like you never only get 10 on a day, because since this is such a popular tool, you are getting quite a bit and people are posting quite a bit as well. You can also sign up as a journalist if you want to gather information. So this is helpful if you want to be a journalist or resource. The paid plan allows you to narrow down certain queries, so it does save you time. As for some cons, overall, with the free plan, since you don’t have a dashboard, you kind of have to keep track of when you’ve sent an email, you know what query it was, what the source was, you know, anything like that, because with the other plans with like the premium, that’s where you can view your pitches. But with that free you can’t necessarily view it because you’re sending it through the email. Next, you can only get a dashboard with the played pins, as I mentioned, no, that’s a pro or con or a con or something that you not necessarily would care about. If you don’t care about it, then that’s great, then this could be a tool for you. But whether or not you like it, I feel like this is definitely such a popular tool that I recommend signing up for just because it’s so popular, and I just wanted to share it with y’all. So overall, that’s pretty much it. Overall, thank you so much for watching today’s video. I apologize if this one was a little different than my other software tools, especially since this is more a subscription plan. But since it’s within the PR realm, everyone needs to be using PR to raise brand awareness and get their company and website out there. So this is something that I definitely wanted to share with Hill. I will be sharing more PR tools, subscription and email plans and others as well where you can kind of have a dashboard and hold all that information. So stay tuned for that overall thank you so much for watching. 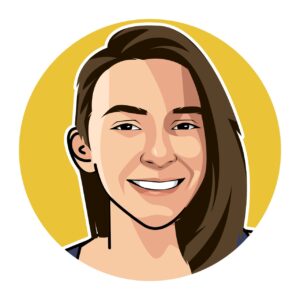 My name is Celeste. I am a student at Austin College. I am currently pursuing a business degree and interested in entrepreneurship. Before my career, I hope to get the chance to travel internationally.